It's that time of the year where everyone is beginning to release their power rankings within the conference so here are ours before the HE media poll comes out in the next few weeks. 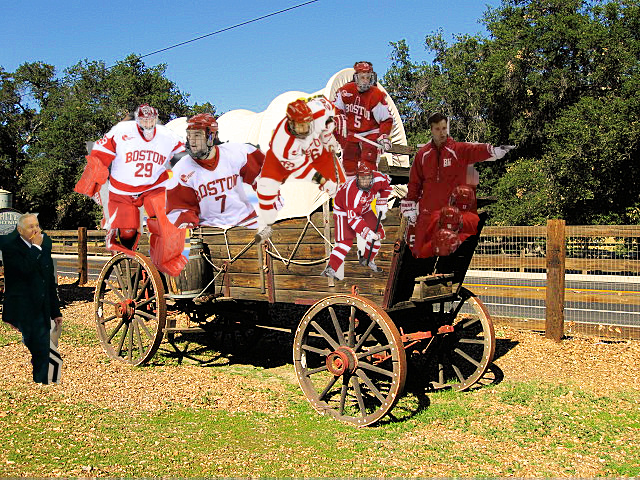 1. BU- Absolutely stacked up with talent up front from O'Regan to Hohmann to Baillargeon to Eichel who can all play center along with Roberto, Rodrigues, Greer, Phelps, Piccinich, Moran who can play wing. The defense is young but very skilled lead by junior captain Matt Grzelcyk. The Terriers will be solid in net with Matt O'Connor and freshman Connor LaCouvee.

2. PC- They bring back a majority of their team from last year that made the NCAA's behind goalie Jon Gillies. They are very deep with solid players throughout the lineup.

Read more »
Posted by quackquack at 11:58 PM No comments:

More of the Same

BU added two more high end recruits today with '98 forward Patrick Harper(Avon) and '99 dman David Farrance(Syracuse Stars U16).  Harper is undersized for his position but joins fellow high skill forwards Hank Crone, Clayton Keller, and Kiefer Bellows. They are all projected to join dman Vas Kolias and '97 forward Johnny McDermott in the 2016 class. Harper is reported to have great hands and be a great competitor on the puck.

Extremely proud and excited to announce that I have committed to play my college hockey at Boston University #Goterriers #BU
— Patrick Harper (@Pharper_88) September 12, 2014

Yesterday, the remaining four members of this year's freshman class was announced along with the remainder of the roster. The additional four members of the class were forwards Nikolas Olsson and AJ Greer along with defenseman Brandon Fortunato and goalie Connor LaCouvee.  These four complete a class with their six classmates announced back in June(Eichel, Phelps, Piccinich, Macleod, Hickey,Diffley).

The only bit of news that wasn't already reported was that Dalton MacAfee had left the program. The rising sophomore was going to be in a battle for ice time and was also a sought after lacrosse recruit. It is unsure at this time if he is transferring to a different school for hockey or lacrosse. We certainly wish Dalton all the best as he moves forward with his collegiate career.

Now that the roster is finalized, we can take another look at potential lineups when the season opens up a month from today versus St. Thomas in an exhibition game.

Read more »
Posted by quackquack at 11:21 AM No comments:

So things get a little slow in the summer in the college hockey world so I took that time to take a look at the refs from this past season. I have opinions on all of them(mostly negative) but I wanted to see if the numbers lined up with what I was thinking. Here are the average penalty minutes called per game with a game involving each one of the Hockey East Refs. You're welcome in advance Dan Schachte. 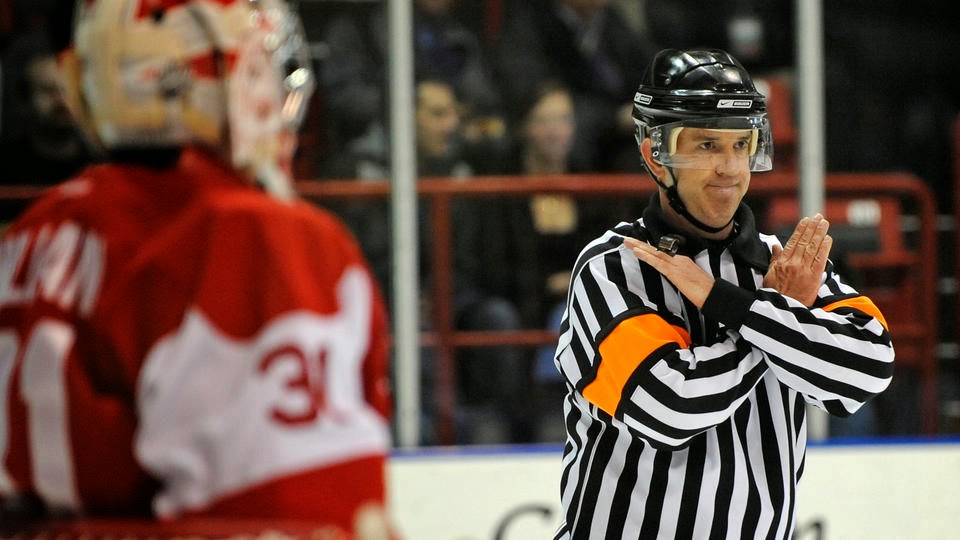 Read more »
Posted by quackquack at 3:55 PM No comments: